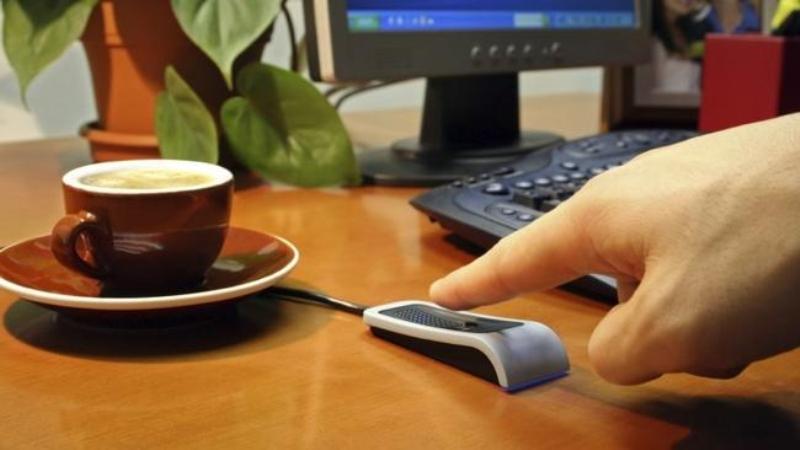 There has been a wave of innovation in the financial sector in recent years as banks realise the possibilities of digital technologies such as mobile, wearables, analytics and telepresence. And with lenders under pressure to meet fast-changing demands from customers, it is likely the rapid pace of change will continue.

Here are some of the technologies being trialled that could soon be seen in a bank near you.

From contactless, to finger scanning and iris recognition, biometrics technology is quickly changing the banking industry and changing the way people make and receive payments. The advanced technology is quickly replacing the emphasis of passwords and the need to remember pins all around the world. Mastercard, for example, is prepping the launch of a new contactless card with an ambedded fingerprint sensor, creating a more secure transaction method. After recent cyber attacks, HSBC is stepping up its security procedures with voice and touch recognition security services in the UK. According to reports, this will alleviate the need for passwords and memorable questions for up to 15 million banking customers.

Smart technology has also become so advanced over the years that apps are integrated and supported by car systems to give drivers easier access to banking. In 2017, several manufacturers made it a point of call to embed unique technologies like smart pay-in-car apps as a form of digital payments. Using Ford’s SYNC with AppLink system, drivers can check their account balance and transfer funds, as well as locating nearby branches and ATMs.

Wearable devices, particularly smartwatches, have grown across various sectors. In banking, smartwatches have been adopted as an easy way to transfer and make payments. For instance, since the launch of the Apple Watch and other big brand-named versions, online banking has easily become a favourite for many.

There are many types of authentication for banks and payment firms to consider though, and Chinese e-commerce firm Alibaba believes that payments could be made with a smile.  Alibaba became one of the first to explore the technology, with the launch of its ‘Smile to Pay’ system in 2016. It was later made available as part of its Alipay platform to give customers easy access to payments. Other e-commerce and bank companies like Lloyds Banking Group have also since began offering facial recognition payments.

Blockchain technology has the potential to have a massive impact on the financial sector and central banks all around the world are investigating use cases, from payments to launching digital currencies. Although blockchain hasn’t yet been deployed by every bank or e-commerce firm, the technology is definitely increasing on the minds of most organisations in this space.

It may be the stuff of near-future sci-fi film Minority report, but Australian Bank Westpac last year announced the release of an augmented reality app for mobile devices. The 3D imaging software provides visualisations of balances and transaction history, as well as overlaying details over nearby Westpac branches.

iBeacon and Bluetooth Low Energy (BLE) technology offers banks the ability to personalise services for customers in branches. Barclays is one of the first to trial this, using the indoor position system improve accessibility for customers with disabilities – using an app notify staff of requirements upon arrival – and there is plenty of potential for further use.

Video banking is only just gaining ground among the likes of Barclays, but Wells Fargo’s aims are even more ambitious. The US bank has been testing the use of Oculus Rift virtual reality headsets at its Digital Labs in San Francisco, offering customers the ability to ‘virtually’ enter a branch and speak to a teller face to face.

Bitcoin may be seen as more of a threat to centralised banking systems than an opportunity, but, despite its notorious volatility and problems with major exchanges, the concept has remained. In 2014, German ‘Web 2.0’ lender Fidor announced plans to launch the first specialised bank for cryptocurrencies along with currency exchange Kraken, offering a potential glimpse of more mainstream usage.

Artificial intelligence is a technology that, along with machine learning, has been used in various different ways in the industry. With a range of benefits, AI is particularly a good technology to simplify advance banking and payment systems. For instance, real-time transaction analysis and managed funds are just some examples of ways the technology is used. Barclays is one example of a bank that has begun testing ways that AI systems can help develop better banking products for customers.

Even some of the more traditional banking methods are set to get a modern update. Smartphone cheque imaging – already widely used in the US – is set to hit Britain with Barclays and Lloyds trialling the tech, allowing payment information to be desposited digitally using a mobile device.